I really love this review which breaks it all down without any spoilers, so I had to share!

At the End of the Dock 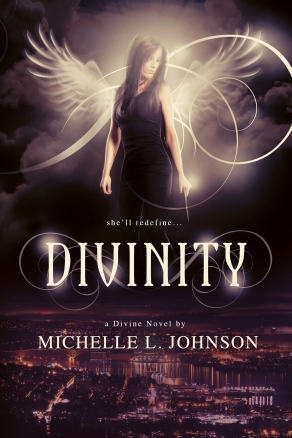 Imagine your reaction if the Archangel Gabriel appeared before you and announced that he was your father, and that you’re half Archangel. Not half angel. Half Archangel.

Would that create a little upheaval in your world?

When Julia Samson, the main character in Michelle L. Johnson’s new novel Divinity meets her father – yep, that’s Gabriel, the Archangel —  Julia is pointed down a path that seems pre-determined, or least Gabriel and the other Archangels think it is. Julia, however, has overcome many challenges in her 30-some years on Earth. She’s not going let angels suddenly tell her who she is and what she’s supposed to do.

Johnson has created a great cast of characters, discarding the traditional angel persona in favor of a fresh, less powerful and more human, group of Archangels. They have a non-traditional purpose too, assigned to keep the Earth simply balanced instead of pure and…